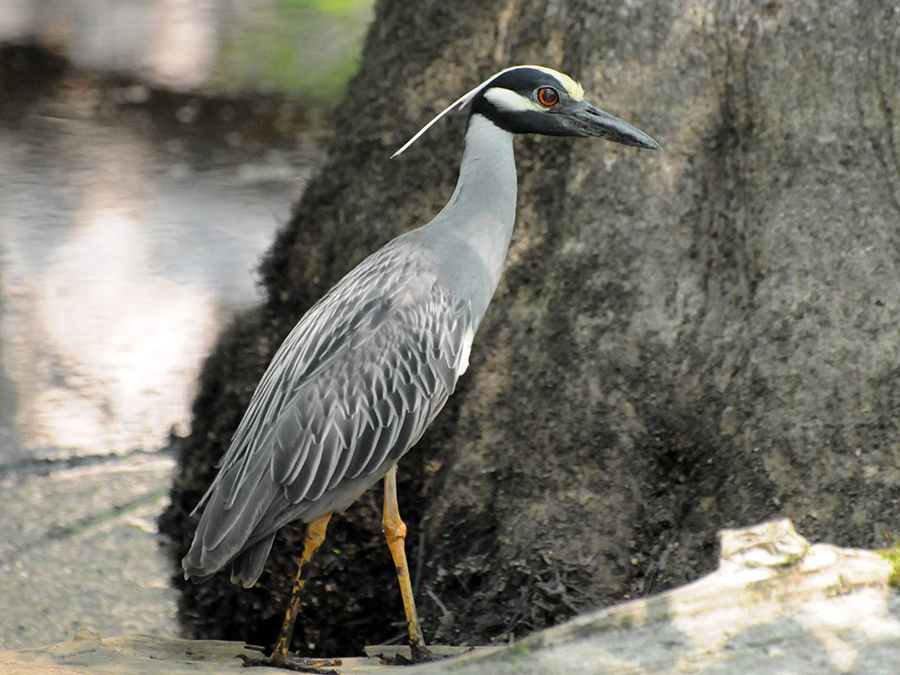 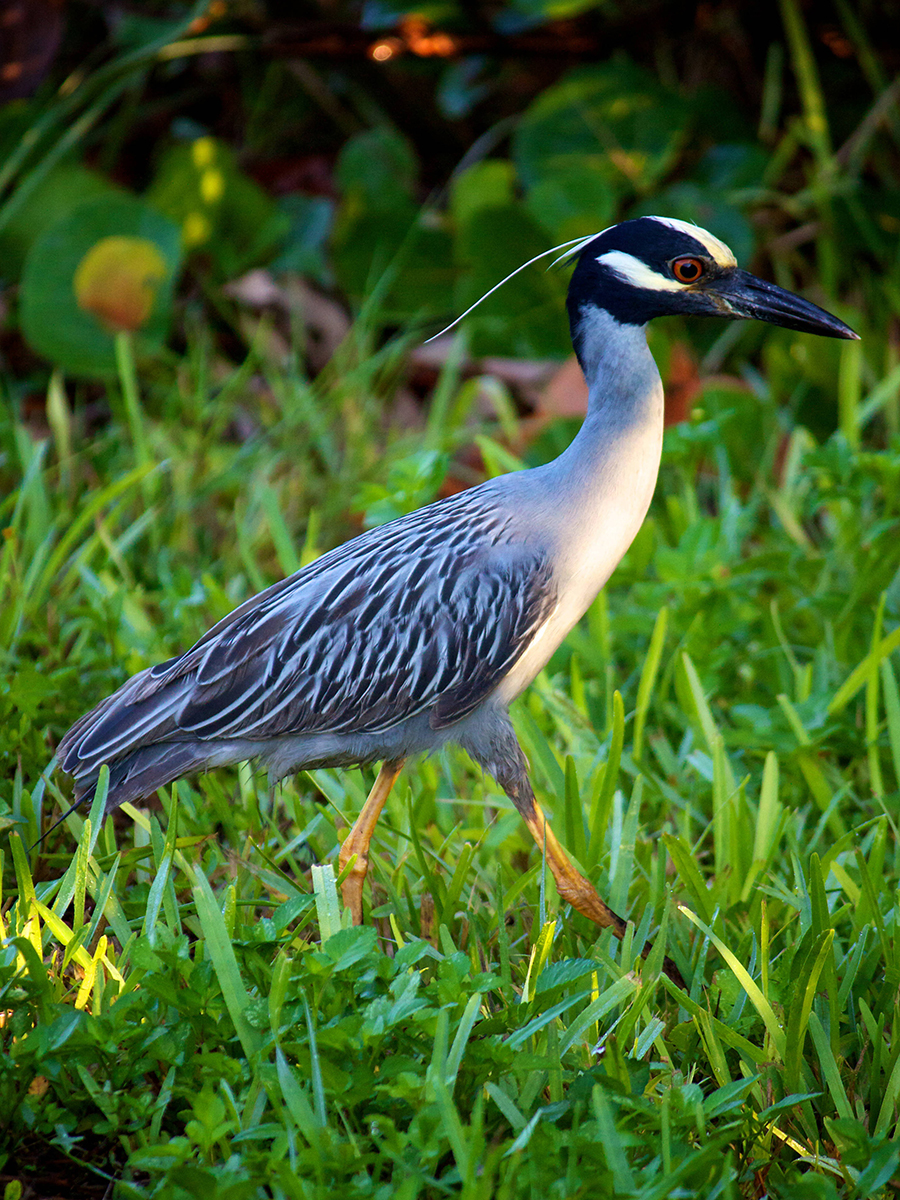 This bird's head is mostly black, with white cheeks and a yellowish crown and plumes. It is primarily active at night. It roosts silently in a tree during the day, and comes down at dusk to feed.

The yellow-crowned night heron will stand still or slowly stalk crabs and other prey along shorelines, marshes, and fields. Once in striking range they lunge at their prey and seize it in their bill.

They typically nest in small colonies of several pairs up to several hundred pairs on islands that are safe from predators. Colony sites can remain in use for more than 20 years.

Their nest, which can be 4 feet across, takes about 11 days to build initially. Night-herons use them for several years, adding to them each year.