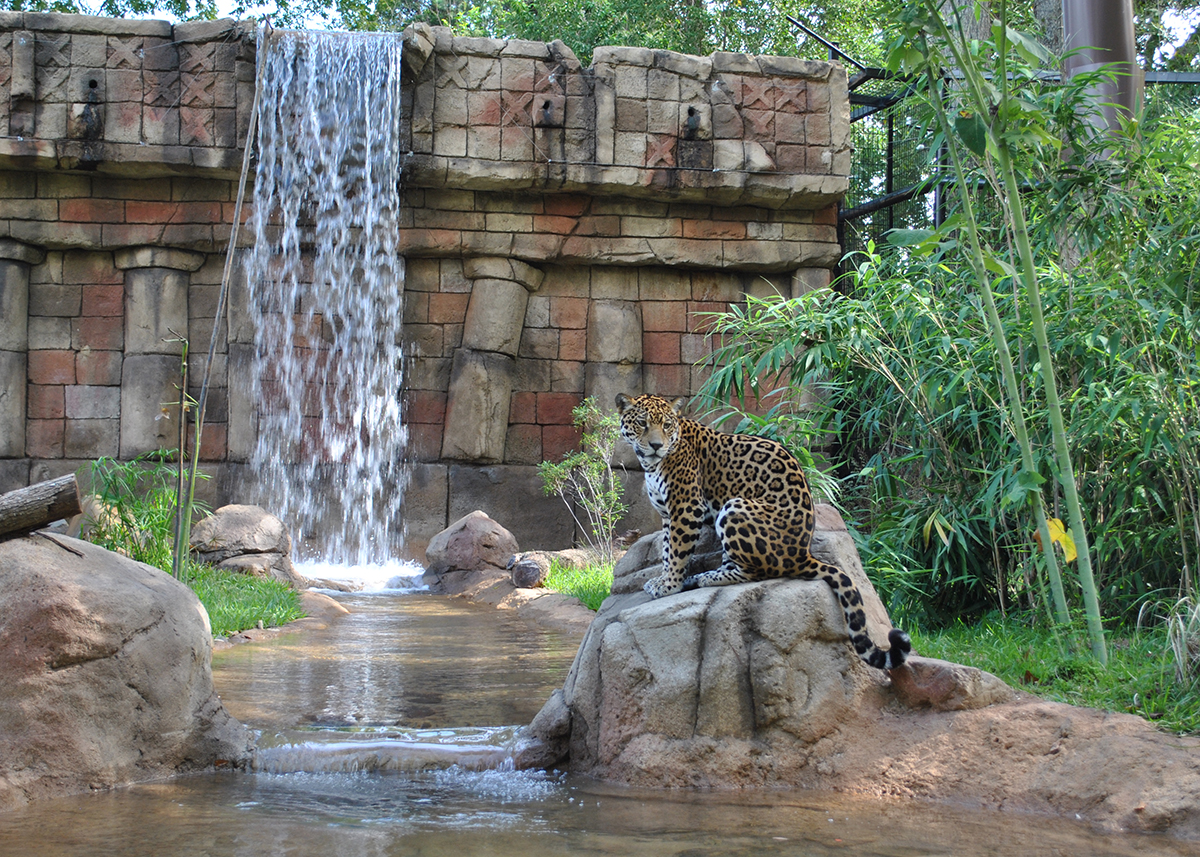 Land of the Jaguar

Land of the Jaguar is more than jaguars! The exhibit encompasses 2.5 acres and showcases the magnificent animals, architecture, and culture of Latin America. Over 40 species of mammals, birds, and reptiles are featured.

Just beyond the zoo entrance, towering Mayan ruins beckon you to explore life on a different continent. Monkeys, birds, and a coati welcome you into the lush surroundings. After crossing a new bridge over the water, you are greeted by a flock of Chilean flamingos.

A meandering path carries you through an Amazonian village where the jaguar, giant anteater, caiman, ocelot and more await. Your journey will end at the mountain’s edge with the spectacular Andean bear and Andean condor. 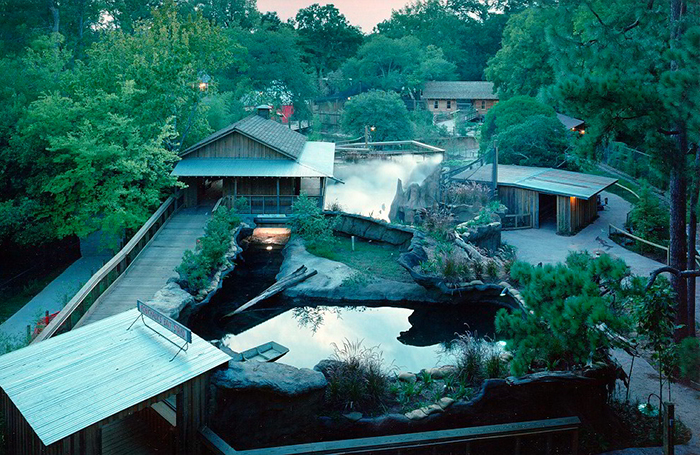 Louisiana Habitat covers approximately 3.5 acres and features the flora, fauna, architecture, industry and culture of Louisiana. Marshes, swamps, and uplands of Louisiana are depicted through natural habitat exhibits for the native species such as alligator, spoonbill, otter, cougar, black bear, bobcat, raccoon, red wolf, white-tailed deer and many others.

Visitors enjoy underwater viewing of turtles, fish, otters and alligators. Animal tracks are included in one section of the walkway for identification.

The exhibit was funded by the City of Alexandria, the State of Louisiana, Rapides Foundation and corporate and private funds raised by the Zoo and FOTAZ. 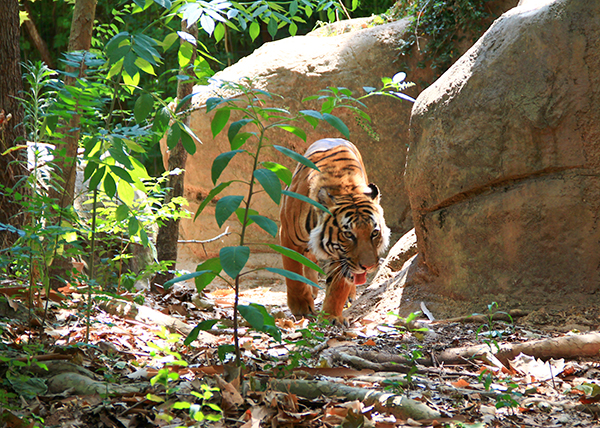 Large viewing glass windows put you nose to nose with felines like the tiger and clouded leopard! Siamang apes, the rare Malayan tiger and Zoo favorite white Bengal tiger can be found in this area. Several species of birds and hoofstock, including the rare and endangered anoa, are also exhibited here. 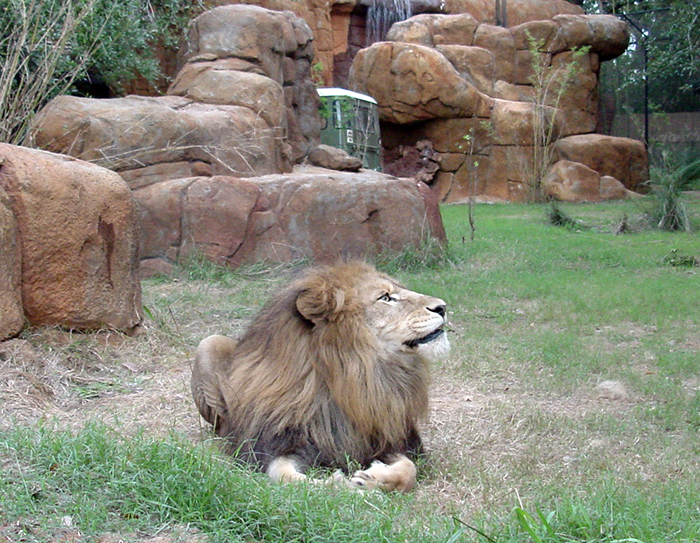 Phase I of the African Experience opened in 2003. The large habitat built to house the zoo's African lions has incredible rock formations and a 17 foot waterfall! Upon entering the area, visitors can also view turtles and dwarf crocodiles.

An aldabra tortoise exhibit is home to one of the zoo's most famous residents, "Big Al," and the "Venom Center" snake house features a large exhibit for the gaboon viper. The many cultural elements and details incorporated into this exhibit make it truly an experience. 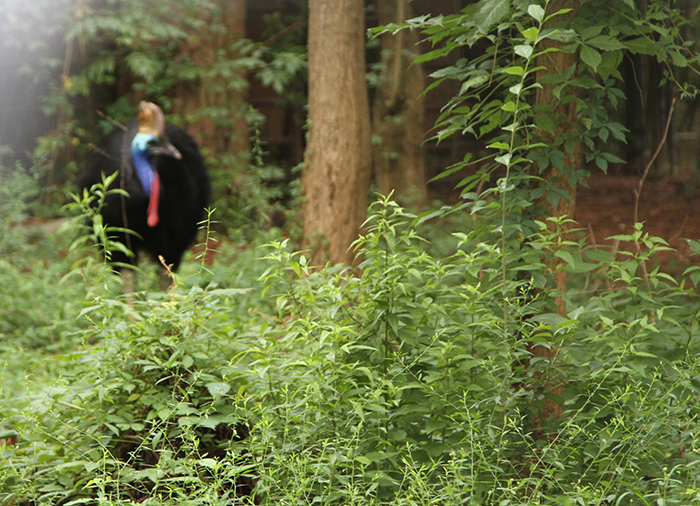 Completed in 2002, the Australian Walkabout features animals native to the land down under including the kangaroo, wallaby, emu, snake-necked turtle, cassowary, kookaburra, and additional avian species. 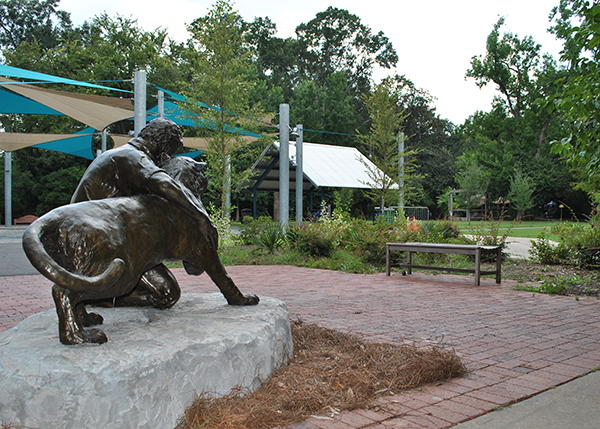 As the venue for many special events and activities held at the Zoo, the stage and entertainment area play an important role in continuing the Zoo's mission. The beautiful Festival Plaza includes colorful shade sails, a brick-lined memorial courtyard, and a renovated performing stage.