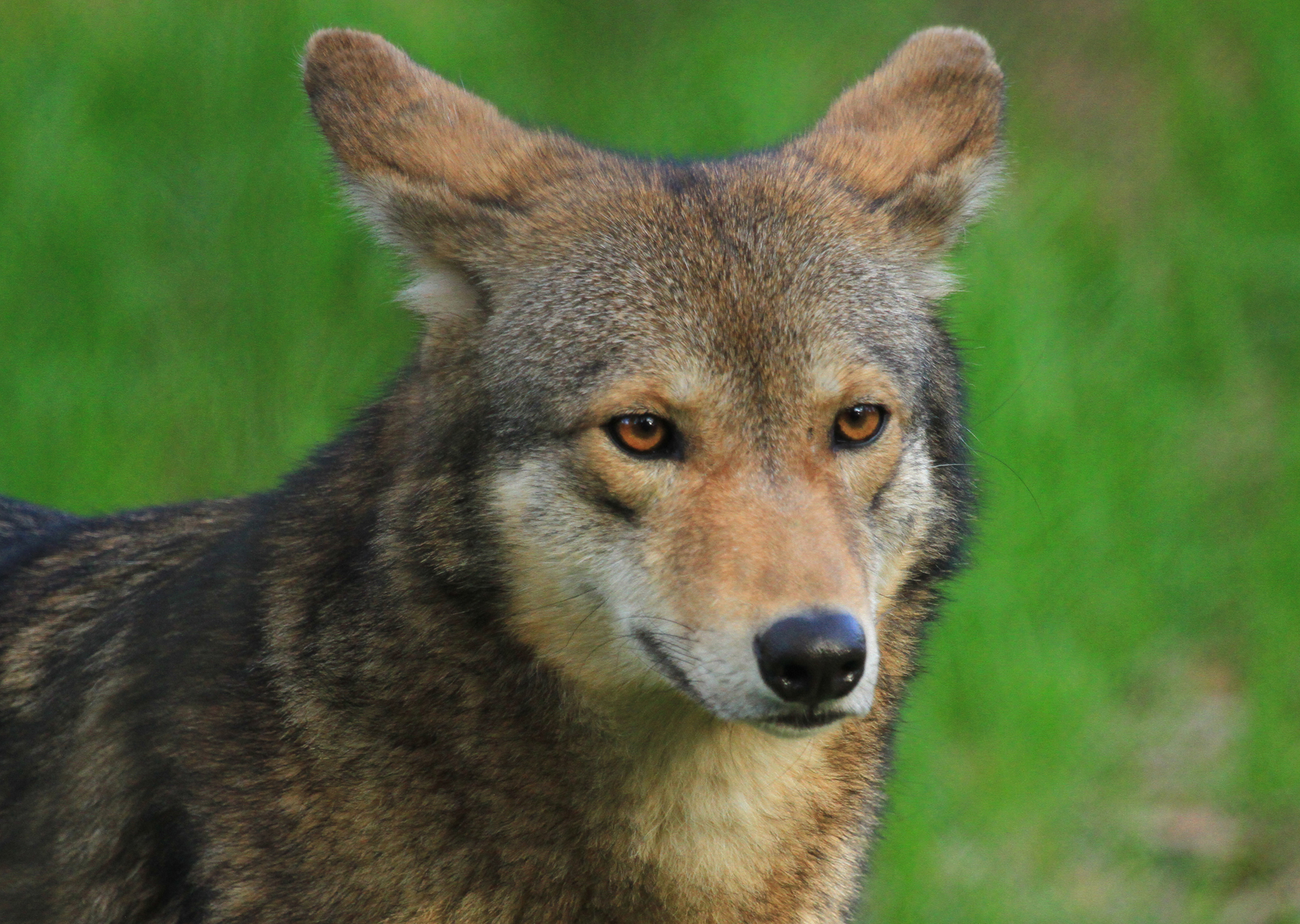 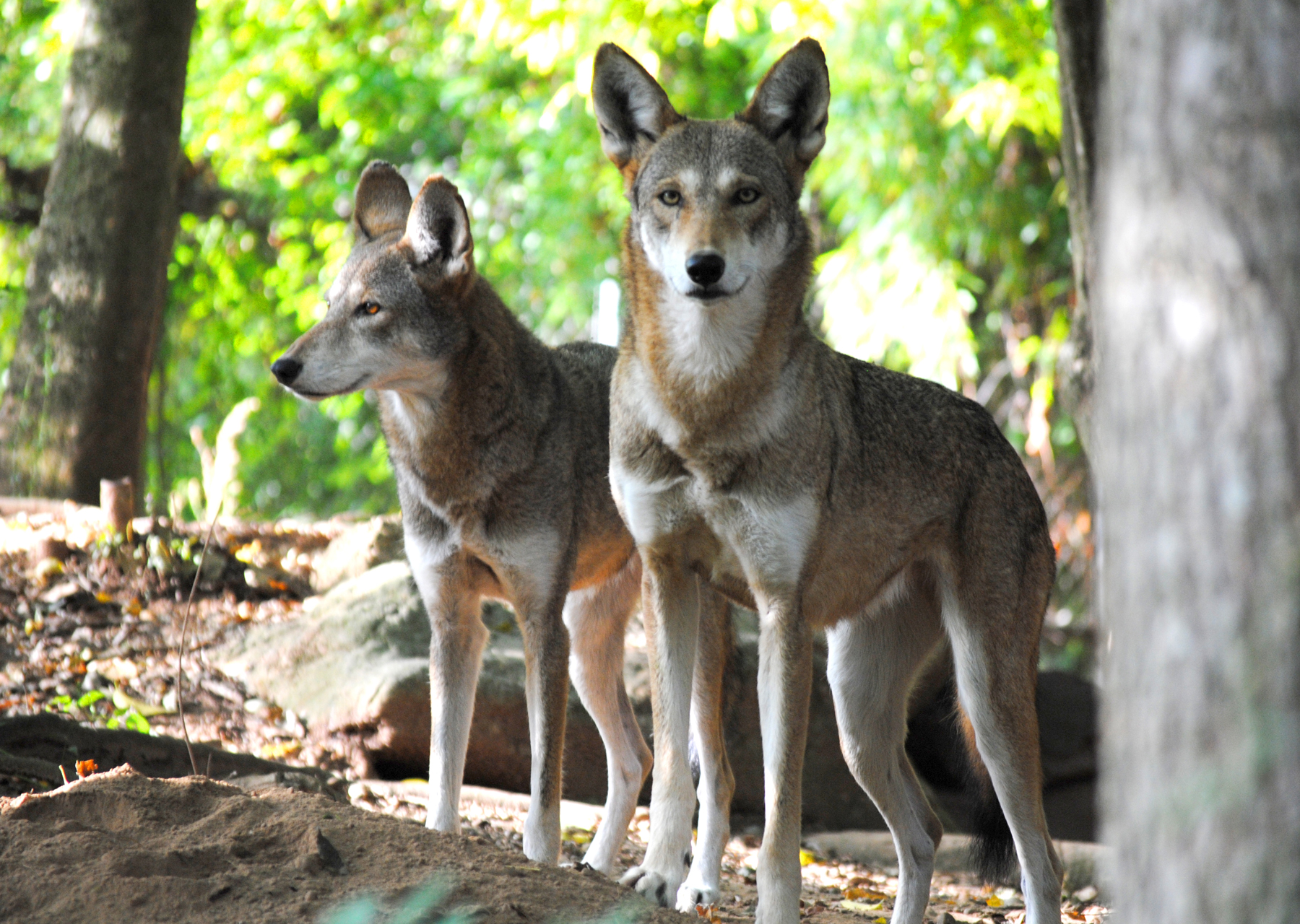 The red wolf (Canis rufus) is a native North American canid intermediate in size between the coyote (Canis latrans) and gray wolf (Canis lupus). Most active at dusk and dawn, red wolves are elusive and generally avoid humans and human activity. 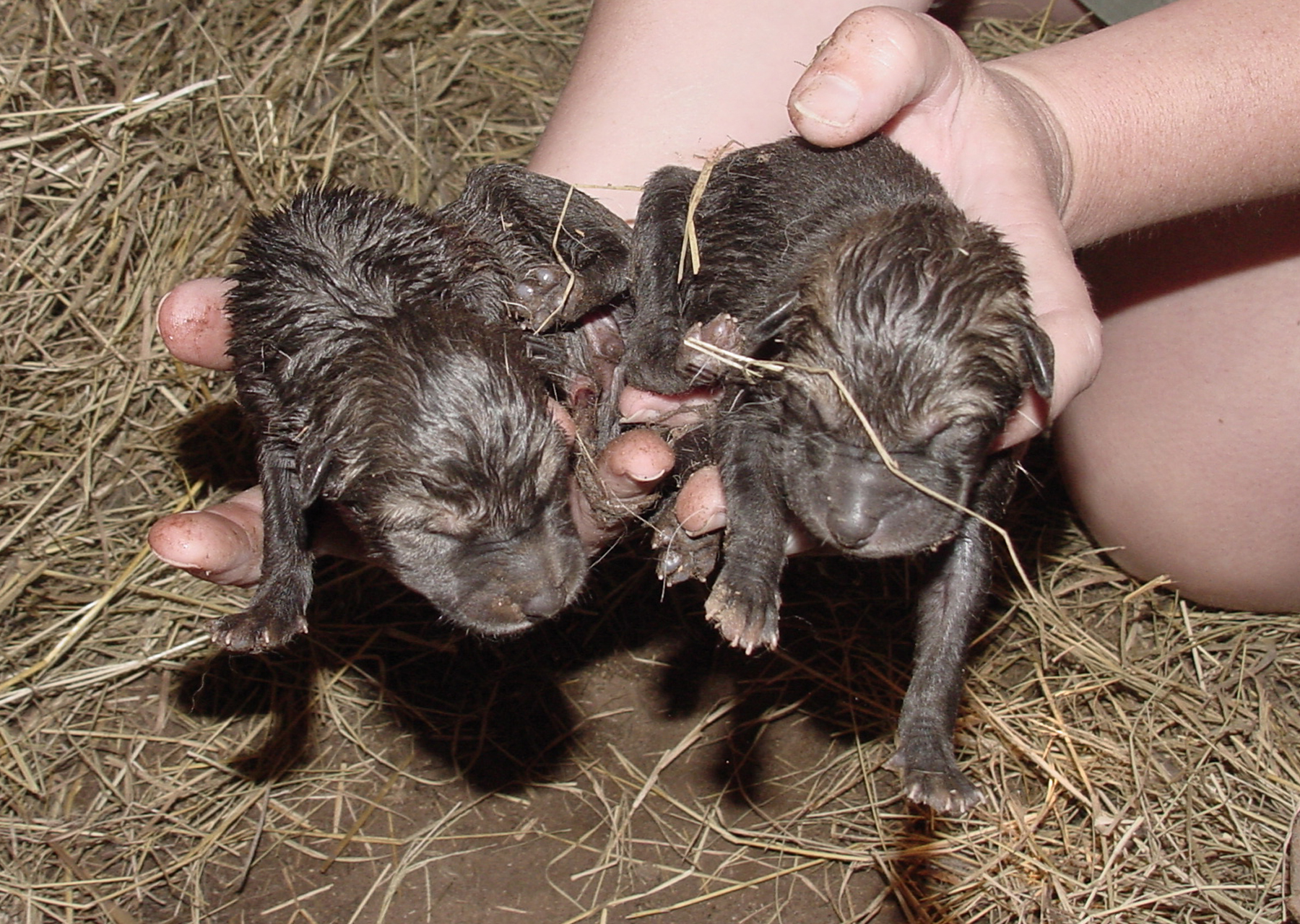 Red wolves live in close-knit packs, typically consisting of five to eight animals. This includes a breeding adult pair and their offspring of different years. Wolf packs have specific territories that they actively defend against other canids, including other wolves.

Red wolves tend to form pair-bonds for life and mate once a year in February. Pups are typically born in April or May in well-hidden dens. Several red wolf litters have been born at the Alexandria Zoo over the years, the first in 1984. 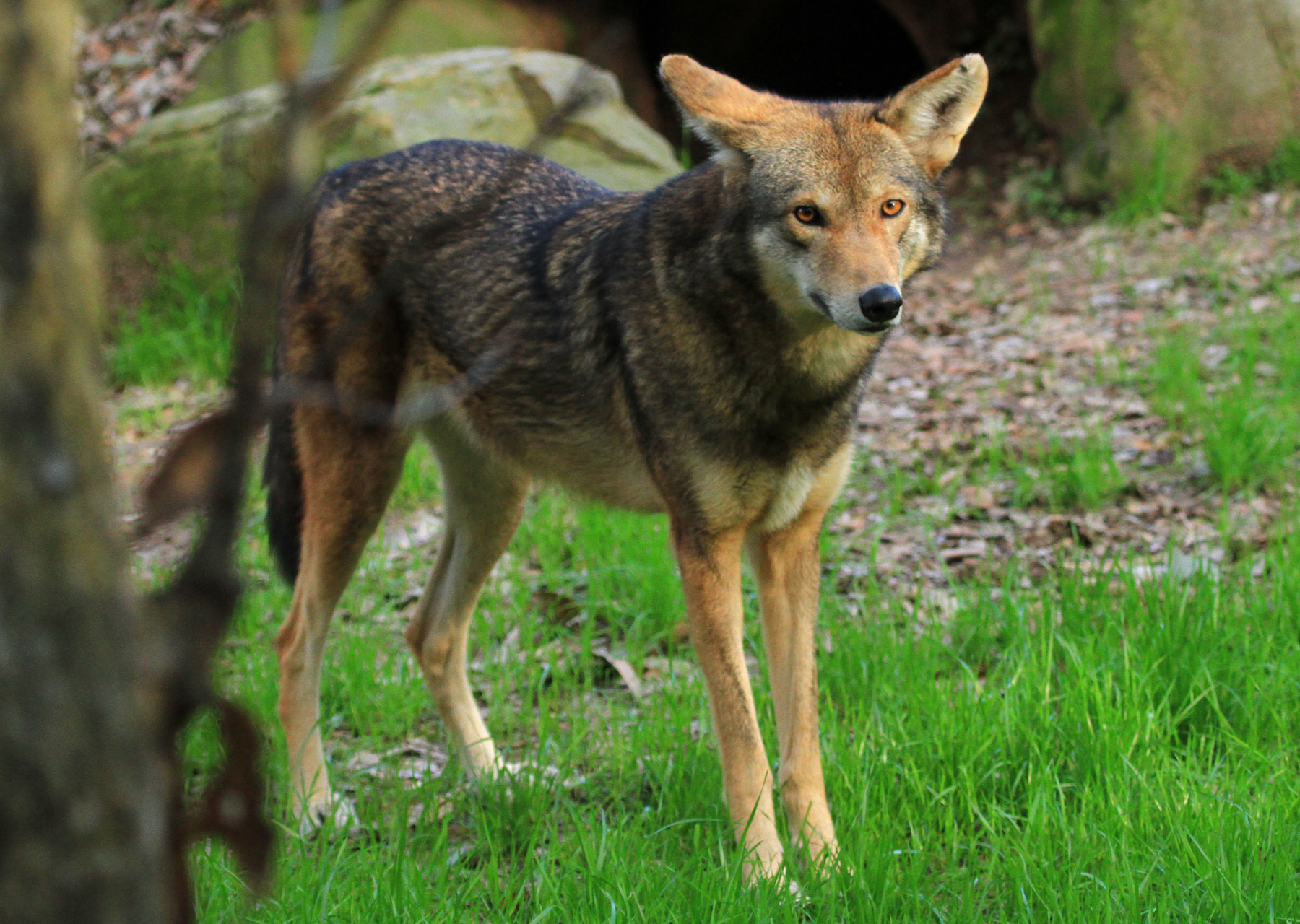 The red wolf is North America's most endangered canid. It once roamed all the way from Texas to New York, but populations were decimated by intensive predator control programs and the degradation and alteration of the species’ habitat. By 1980, the red wolf was declared extinct in the wild. Through conservation efforts, the red wolf became the first-ever restoration of an officially extinct species back into the wild.

However, today only about 40 red wolves remain in a small patch of their wild habitat, with about 200 red wolves maintained in captive breeding facilities throughout the United States, including Alexandria Zoo.