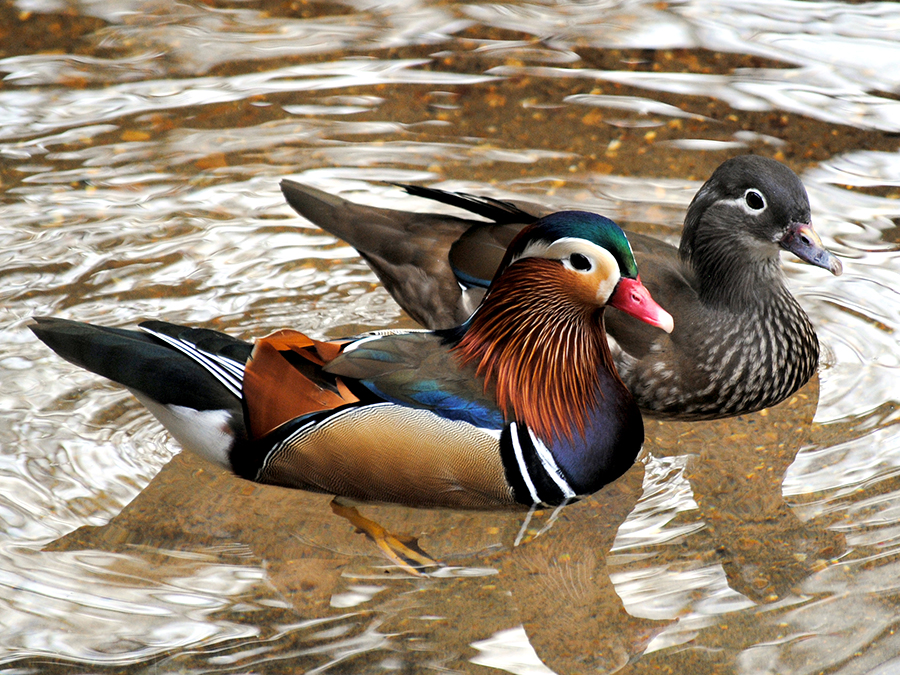 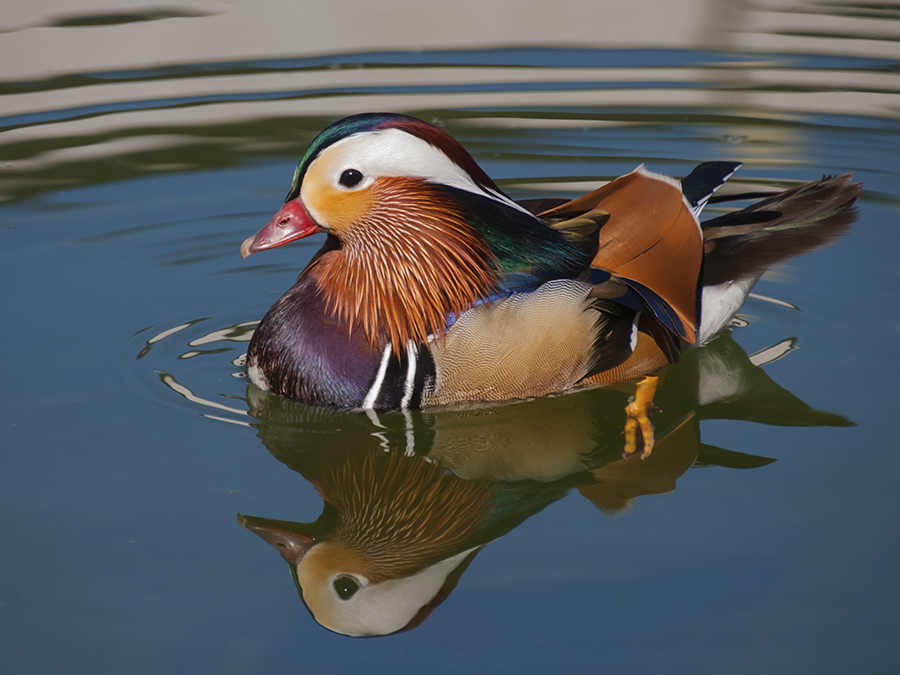 The mandarin duck is a sexually dimorphic species, meaning males and females differ in appearance. In Chinese and Japanese cultures, mandarin ducks are regarded as symbols of love, happiness, and marital fidelity because they are believed to be monogamous.

They occasionally dive as well as swim. They are considered "perching" ducks because their legs are set farther forward on their bodies than most other ducks.

Formerly abundant, numbers of mandarin ducks in their native Far East have declined due to habitat destruction and over-hunting. The majority of the Asian population now resides in Japan.