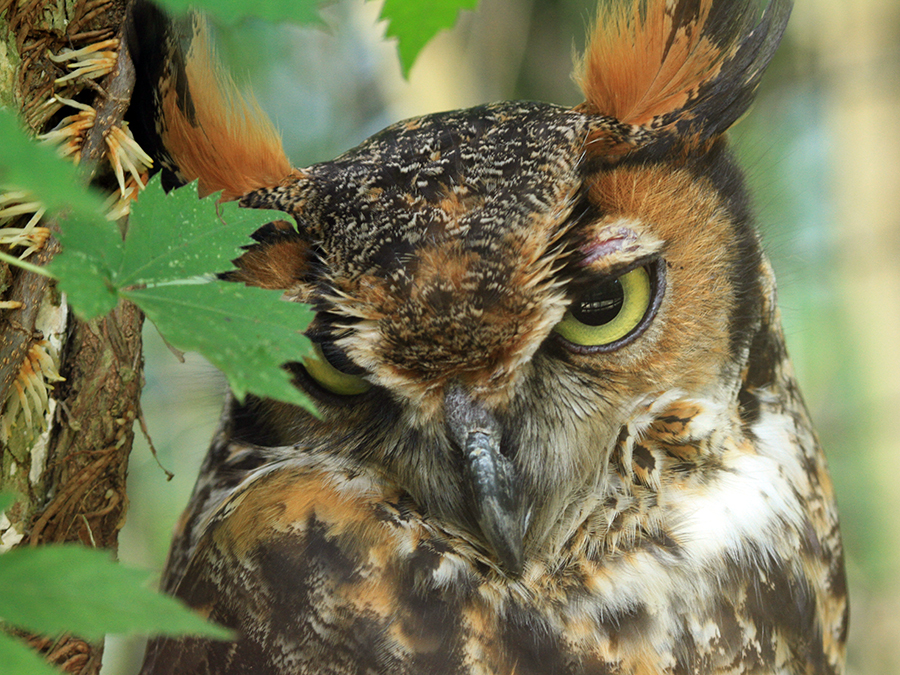 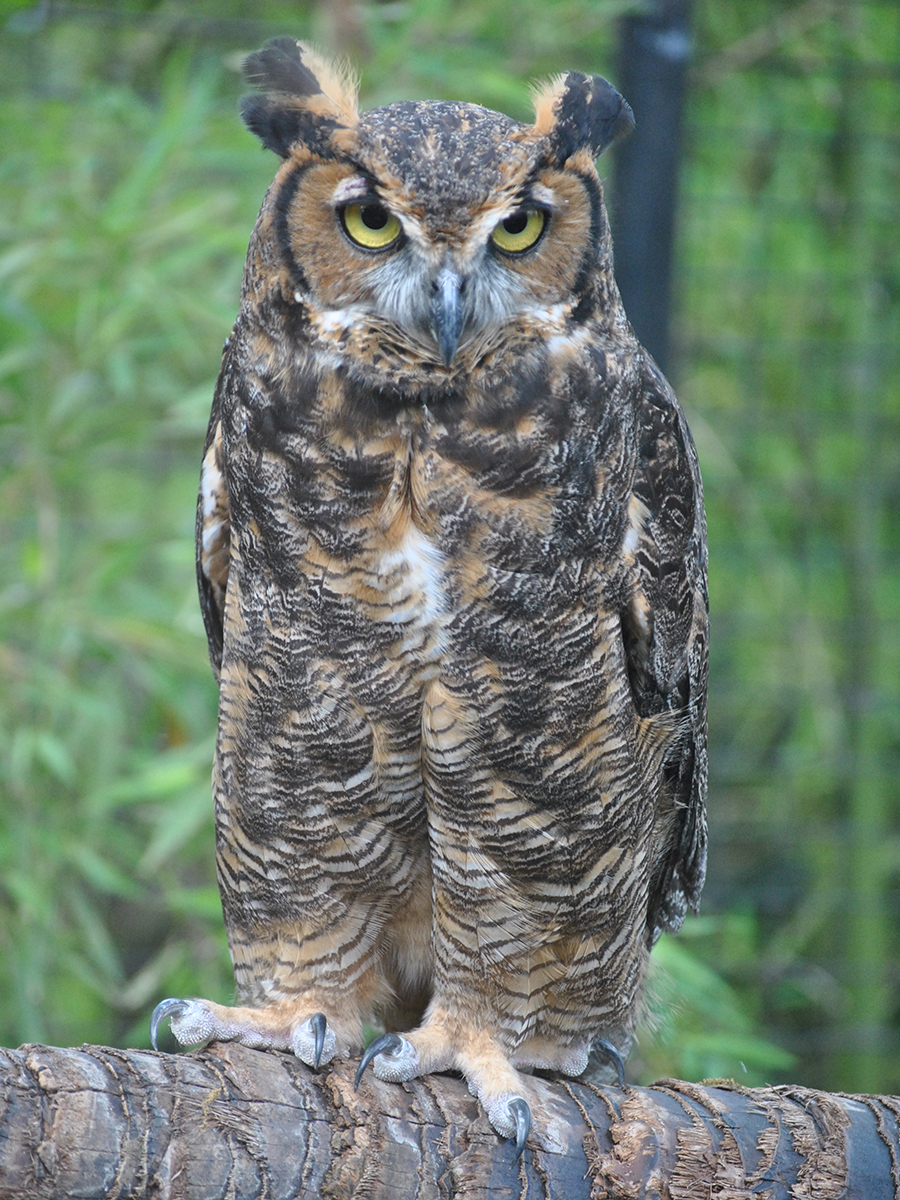 The great horned owl gets its name from the tufts of feathers, called plumicorns, on its head that look like horns or ears. Its feathers allow it to fly effortlessly without noisy flapping to alert its prey. Its talons can hold up to 30 pounds before its grip on an object fails.

The great horned owl's large eyes give it four times the night vision that humans have. If a human's eyes were as large as an owl's in relation to its body, people would need a head the size of a wash tub.