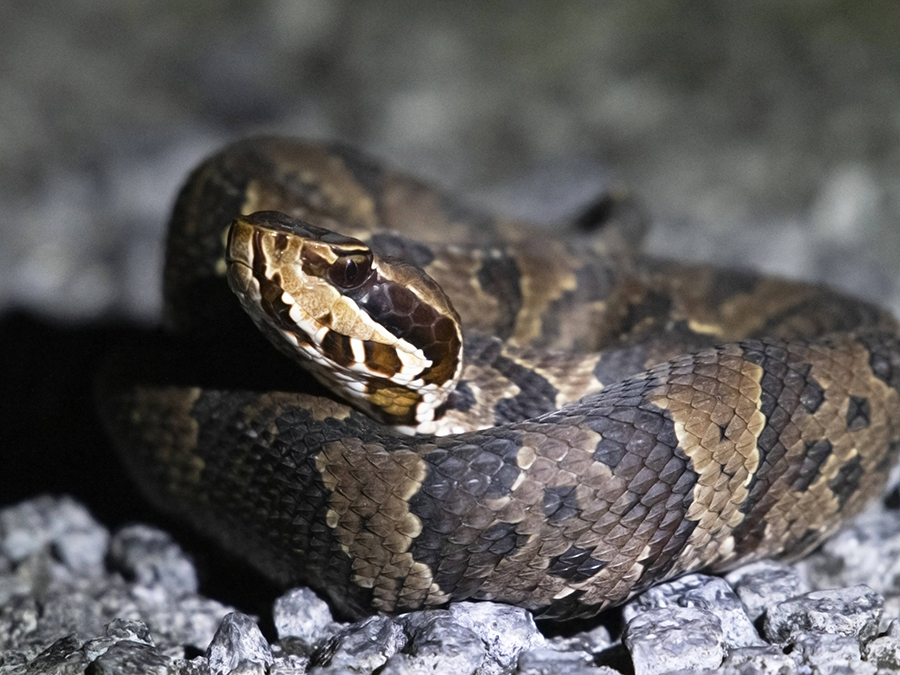 Cottonmouths are primarily active at night, but they like to bask on logs and limbs during the day. It gets its name from the white lining inside its mouth. This species is also called a water moccasin. It is the most abundant venomous snake in Louisiana.

They inject a hemotoxic venom into their prey which breaks down and destroys blood cells and other tissues. It also reduces the ability of blood to coagulate or clot. Total venom replacement actually requires no more than three weeks, even after being fully depleted.