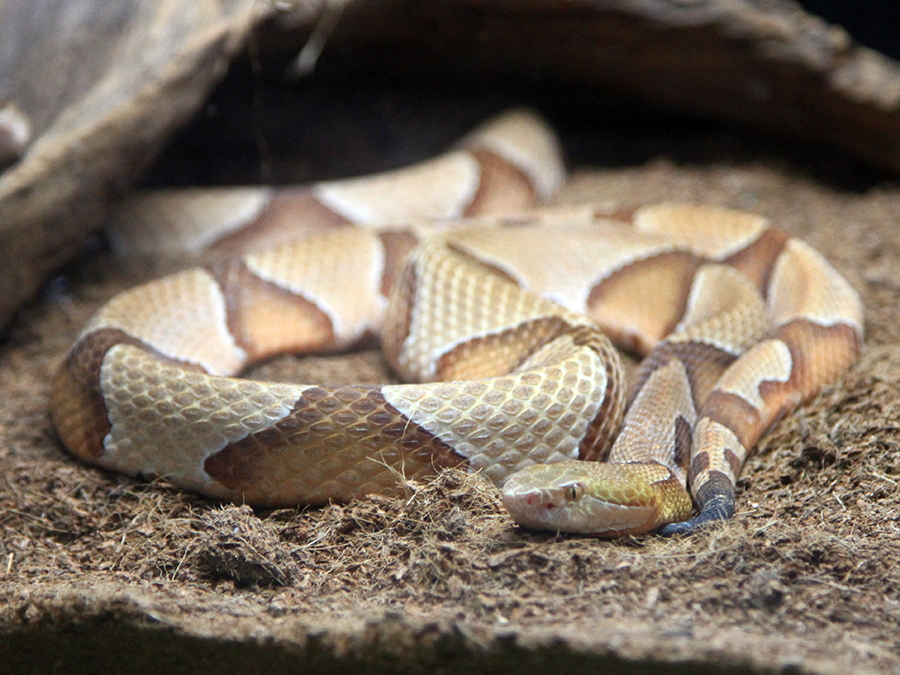 RANGE Eastern United States to the central and southern states

HABITAT Prefer terrestrial to semi-aquatic habitats, which include rocky-forested hillsides and various wetlands 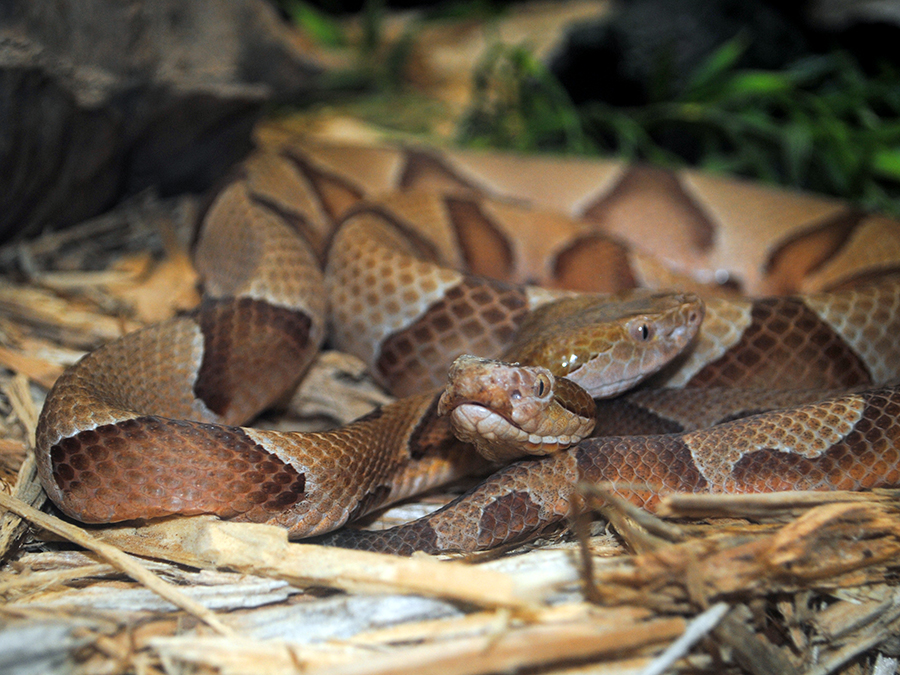 This venomous snake has heat-sensing "pits" located between the eyes and nostrils. These social snakes may hibernate in a communal den with other copperheads or other species of snakes including timber rattlesnakes and black rat snakes.

Sometimes when touched, they emit a musk that smells like cucumbers. 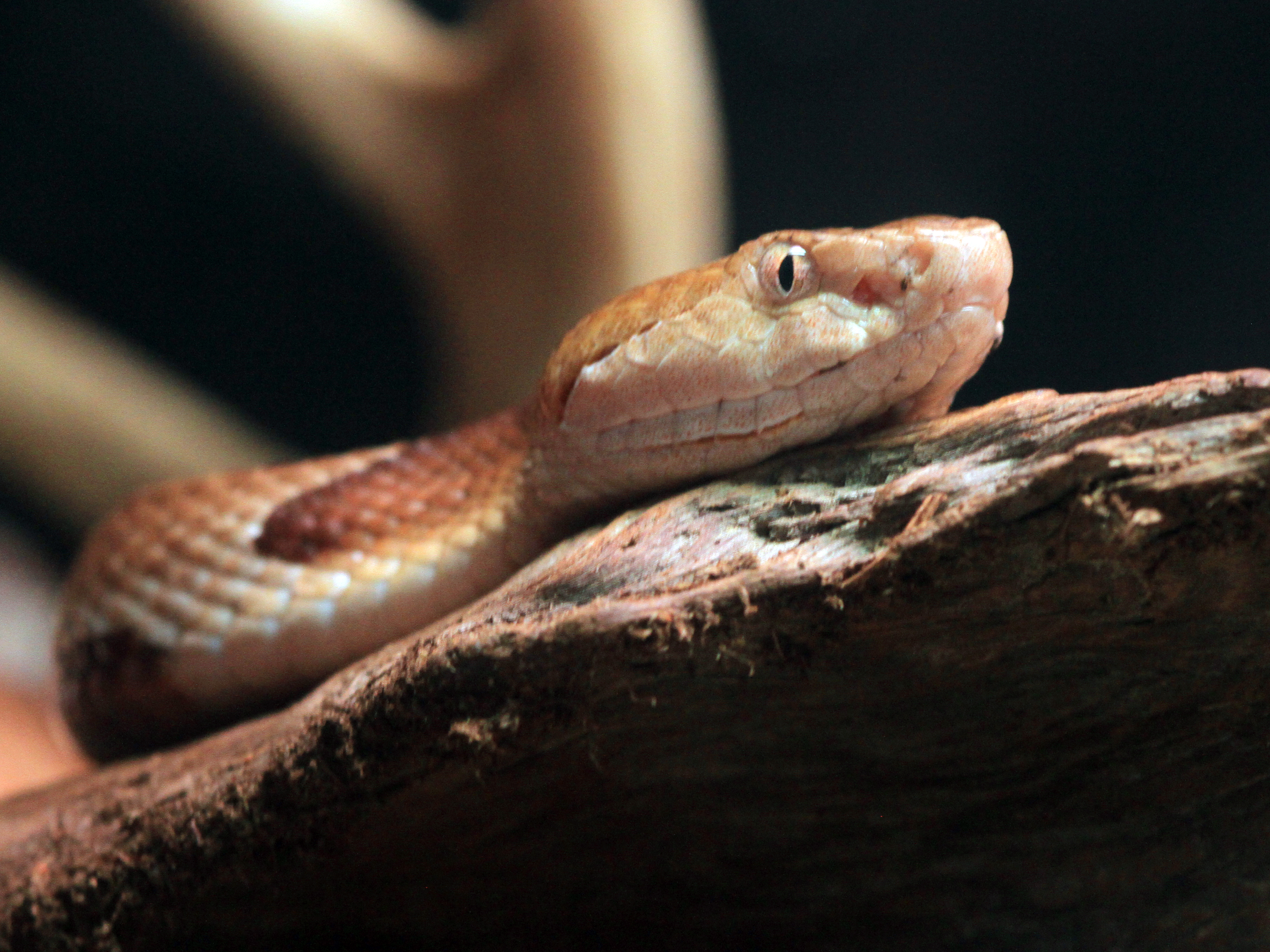 Its bite is seldom fatal because of its short fangs and small amount of venom. The fangs are replaced periodically, with each snake having a series of five to seven replacement fangs in the gums behind and above the current functional fang.

Newborn copperheads have fully functional fangs that are capable of injecting venom that is just as toxic as adult venom.

No major threats are known. Locally, habitat loss, degradation, and fragmentation probably have resulted in declines in copperhead abundance.