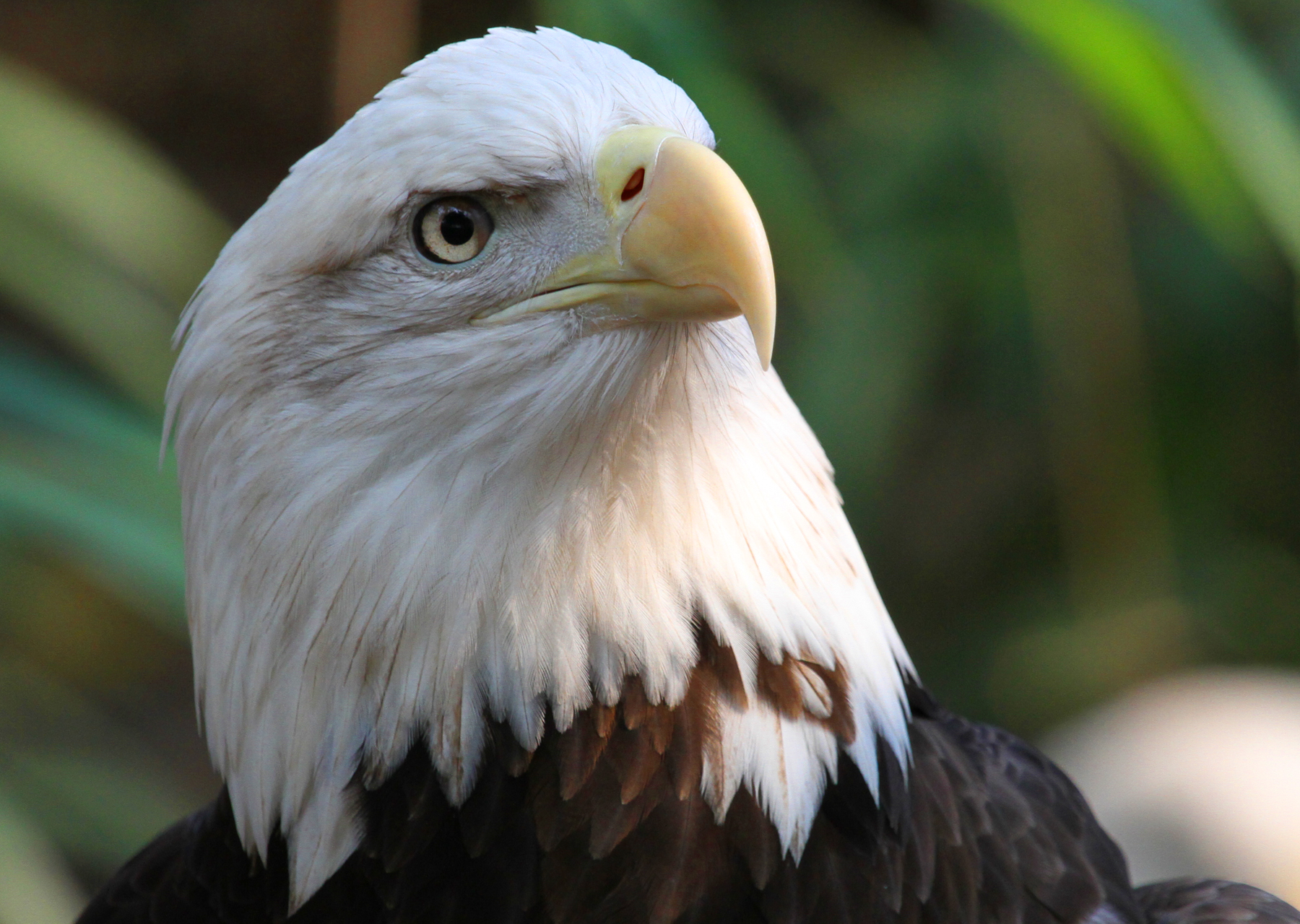 DIET Mainly fish; will hunt rabbits, squirrels, other birds, and even young deer 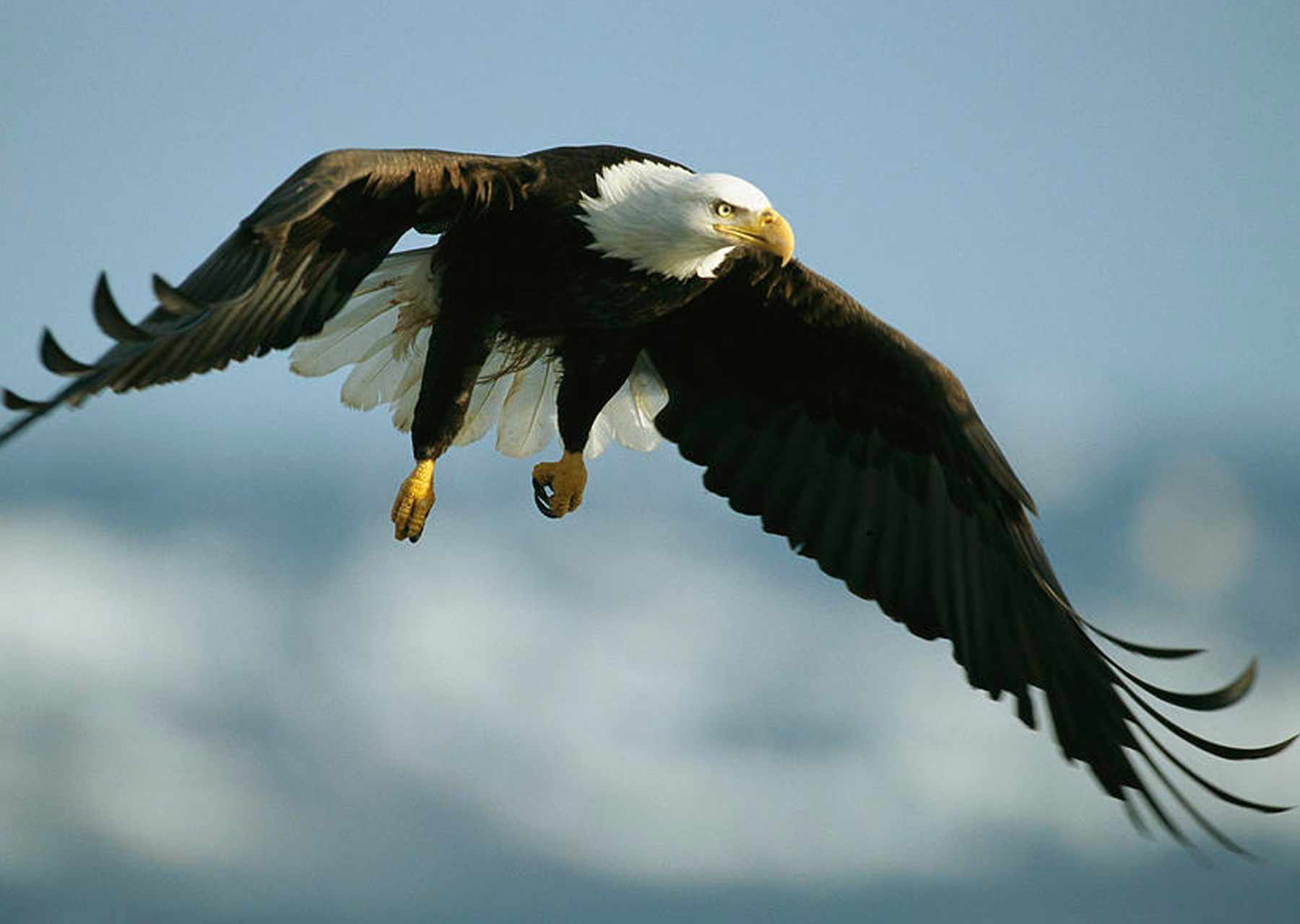 Bald eagles can soar over 10,000 feet high, and their great eyesight lets them see fish up to a mile away. 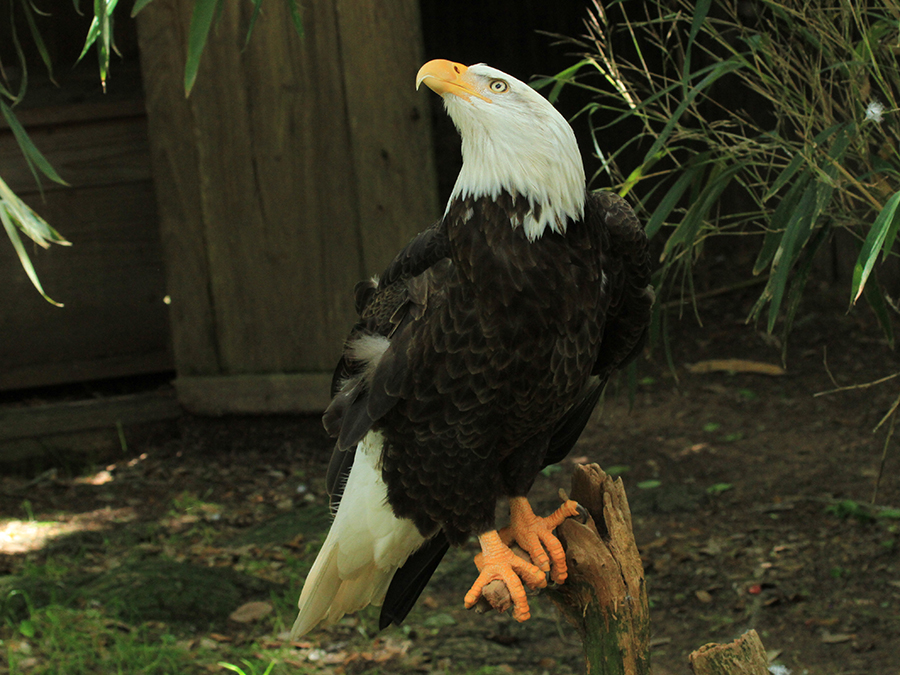 Bald eagles have powerful legs and feet that are equipped with large talons used to subdue their prey. When they attack, bald eagles swoop down at up to 100 miles an hour! Then they glide just above the water, snag a fish with their feet, and fly off to eat it. 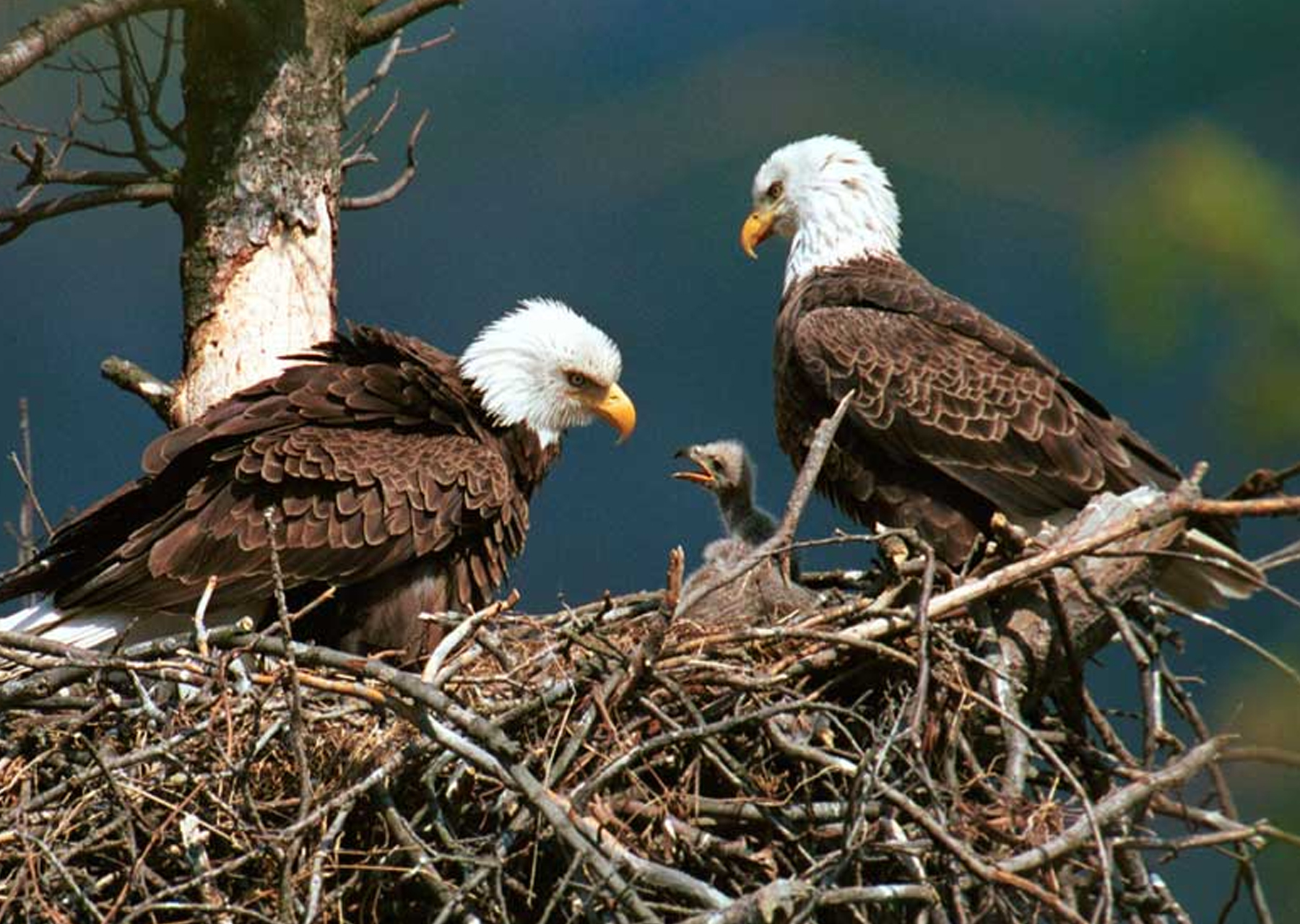 Bald eagles are believed to mate for life. They also share parenting duties. The male and the female take turns incubating the eggs, and they both feed their young, called eaglets. 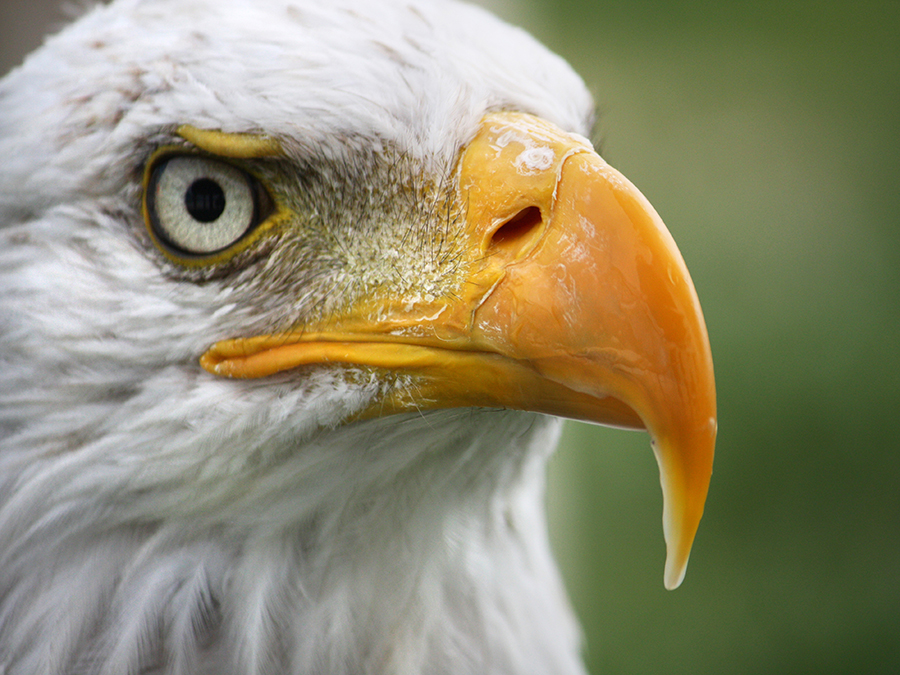 An eagle's vision is estimated at 4 to 8 times stronger than an average human's. Plus, they can see ultraviolet light. 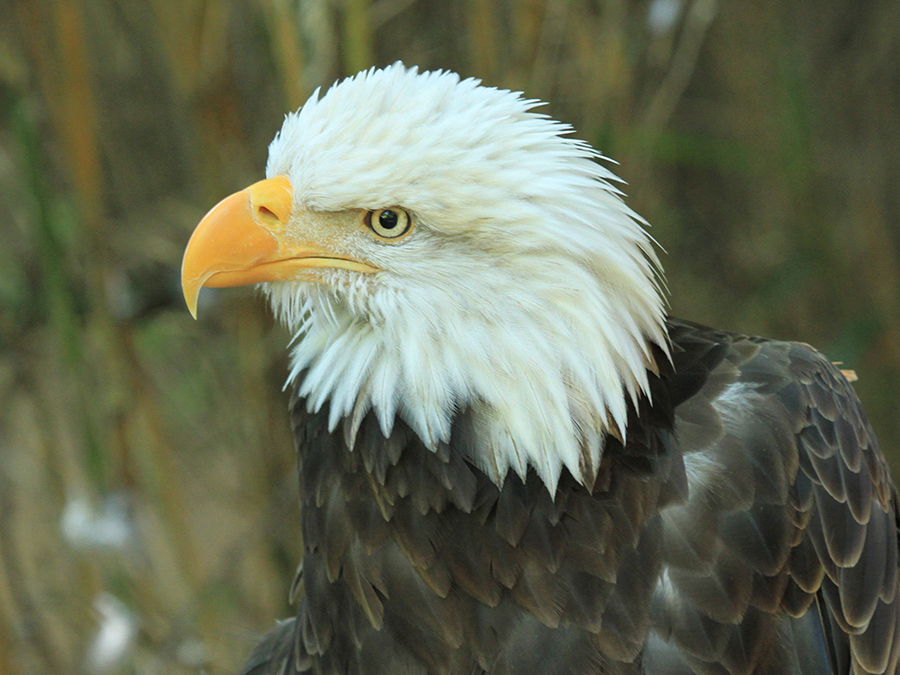 When America adopted the bald eagle as the national symbol in 1782, there may have been as many as 100,000 nesting eagles. However, habitat destruction and degradation, illegal shooting, and the contamination of its food source, largely due to DDT, decimated the eagle population.

Habitat protection afforded by the Endangered Species Act, the federal government's banning of DDT, and conservation actions have helped bald eagles make a remarkable recovery. In 2007, the bald eagle was removed from the list of threatened and endangered species.