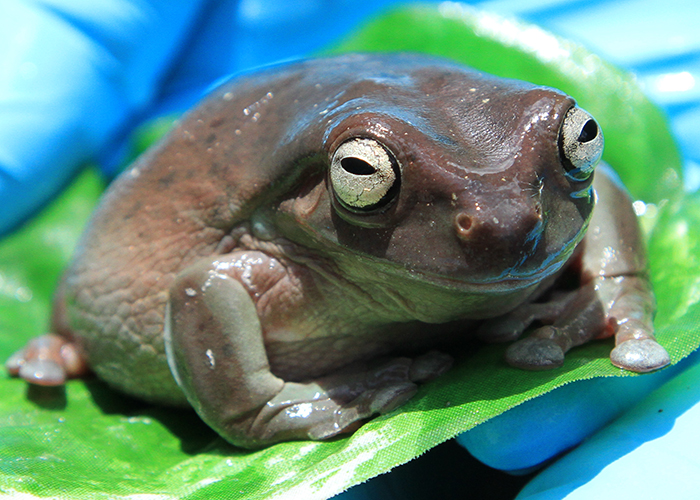 RANGE Most of northern and eastern Australia, and southern New Guinea

DIET Insects and other invertebrates; occasioanlly larger animals such as mice 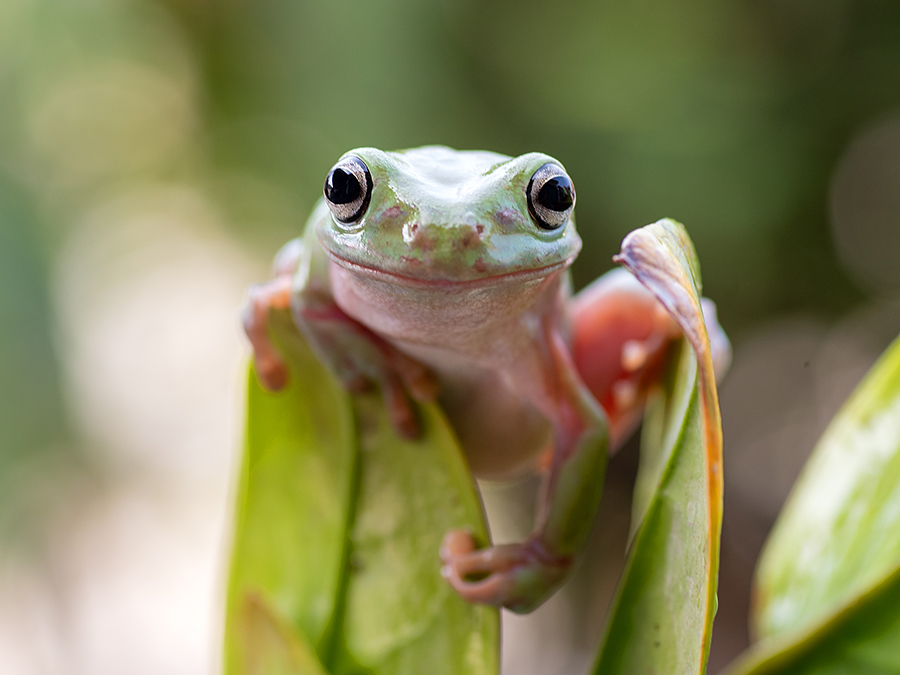 The Australian tree frog is also known as the white’s tree frog and dumpy tree frog. Their coloration varies from jade green to blue-green or olive, with occasional white markings. Like most treefrogs, it has adhesive disks on its toes.

This amphibian is unusually tolerant of drought; its loose, deeply folded skin allows it to absorb a large amount of water.

Males give out a harsh, barklike courtship call.